Use Office 365 connected groups in Yammer

Yammer platform allows you to integrate your Yammer groups to Office 365. Technically it means that each time when new Yammer group will be created it will be also created in Azure AD of the tenant of this Yammer network. More information about Yammer and O365 groups can be found in this article: Yammer and Office 365 Groups. This article also contains information how to enable Office 365 connected groups in Yammer and which conditions should be met before you will be able to enable it:

Note that currently it is possible to enforce Office 365 identity for Yammer users without 7 days trial i.e. right away.

In order to enable Office 365 connected groups in Yammer it you need to login to your Yammer network with administrator account and go to Network settings (gear icon in top left) > Network Admin > Security setting. On this page at first we need to enforce Office 365 identity for Yammer users:

Documentation above says that it takes up to 24h to change status to Enabled. But in my case it was changed quite fast: almost immediately after enforcing of Office 365 identity for Yammer users.

Let’s see what happens when “Office 365 Connected Yammer Groups” setting is disabled for your Yammer network. When you create new Yammer group: 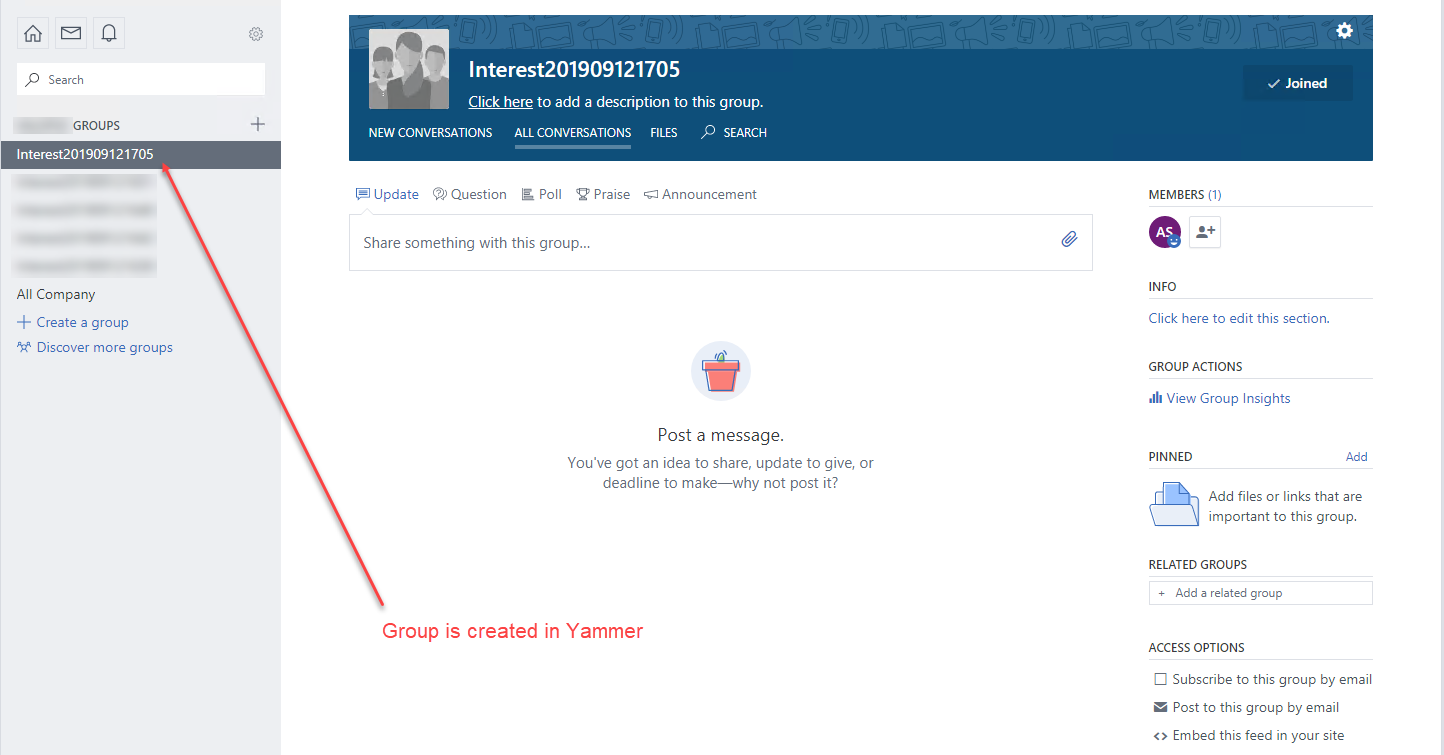 this group won’t be found in Azure AD of the Yammer network’s tenant:

After Office 365 Connected Yammer Groups have been enabled Yammer groups will appear in Yammer:

So you will be able to use all advantages of O365 connected groups. Note that for those Yammer groups which already exist when O365 connected groups had been enabled also appropriate O365 groups will be created after some time. Documentation says that it may take up to 1 week:

After about 1 week, existing eligible groups will be converted to Office 365 groups.

but for me it also happened quite fast within 1 hour or so.