Some time ago we switched to NUnit 3.12 and NUnit3TestAdapter in Camlex library and noticed the following problem with ReSharper unit test runner: all unit tests were marked as “inconclusive” and didn’t run. At the same time built-in Visual Studio test runner worked. I used 2019 version of ReSharper when found this problem.

By searching the web I found similar problems from other people in JetBrains support site. In order to fix it I uninstalled 2019 version and installed latest available version of ReSharper JetBrains.ReSharperUltimate.2020.1.3. After that test become working again: 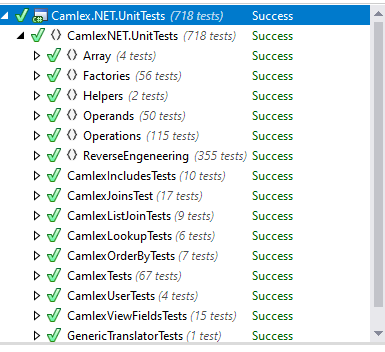 So if you will face with the same problem try to install last ReSharper version.

Recently we faced with the following problem in our Azure function app: after some time of functioning Azure functions got stuck and the only way to make them work again was to restart them manually from Azure portal UI. Research showed that problem was related with threads count: because of some reason threads count permanently grew to 6K thread after which Azure function app became unresponsive:

We reviewed our code, made some optimizations, change some async calls to sync equivalents, but it didn’t fix the problem. Then we continued troubleshooting and found the following: in the code we used OfficeDevPnP AuthenticationManager in order to get access token for communicating with Sharepoint Online like that:

Note that in this example new instance of AuthenticationManager is created each time when above code was executed. In our case it was inside queue-triggered Azure function which was called quite frequently. Elio Struyf (we worked over this problem together so credits for this finding go to him

) tried to make AuthenticationManager static – i.e. only one instance was created for the whole Azure function worker process:

After that threads count got stabilized with avg 60 threads:

Update 2020-06-15: from latest news I've got (thanks to Yannick Plenevaux :) ) OfficeDevPnP team addressed this issue in 202006.2 version and made AuthenticationManager disposable. So you may need to review your code in order to add using() around it.

Azure KeyVault is convenience safe storage for secrets (passwords, keys, etc.) which can be used in your apps instead of storing them in plain text in app settings. It adds number of advantages like access control, expiration policies, versioning, access history and others. However it has some gotchas which you should be aware. In this post I will describe one such gotcha.

First of all you need to configure access to key vault secret so your App service or Azure function will be able to read values from there. You may check how to do that e.g. here: Provide Key Vault authentication with an access control policy. After that go to App service > Configration and click Edit icon for the app setting which uses reference on KeyVault secret and check that there are no errors. Because even if you did everything correctly you may see Status = AccessToKeyVaultDenied and the following error description: 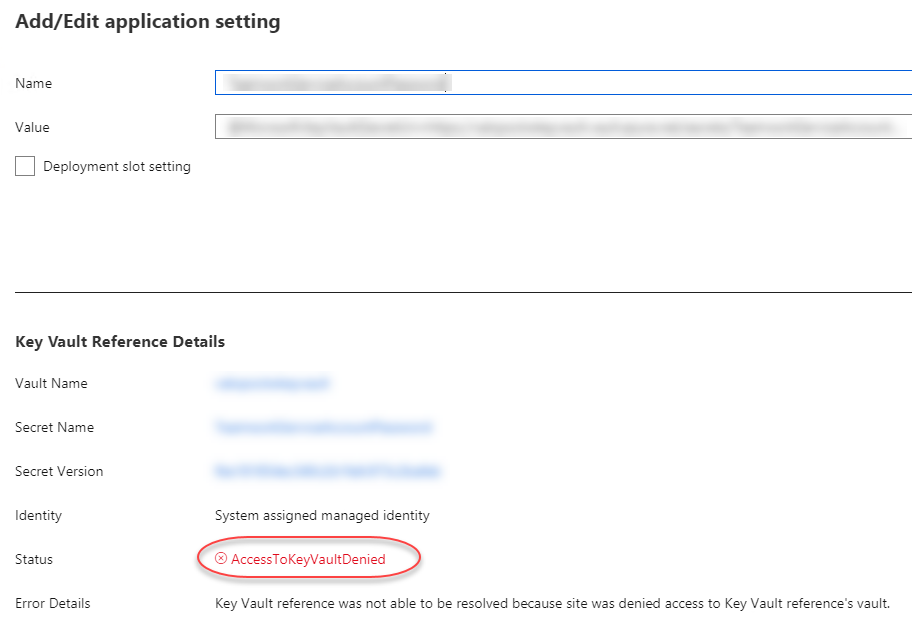 In order to fix it try the following workaround:

After that if permissions are configured properly Status should be changed to Resolved: 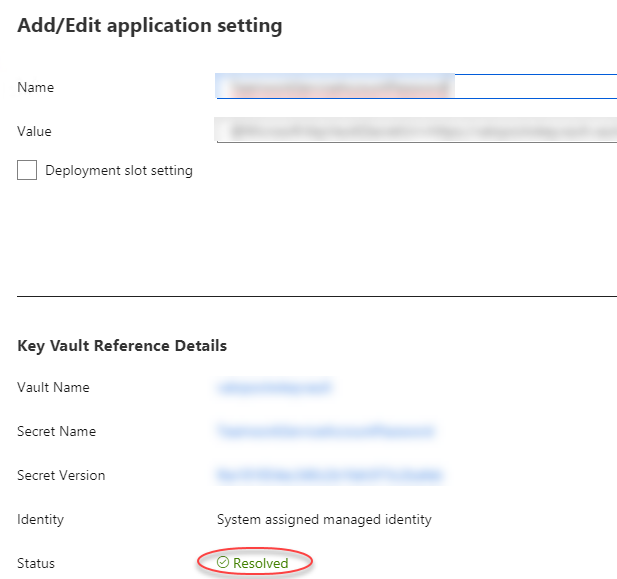 and your app should be able to successfully resolve secret from KeyVault reference.

Before to start we need to create Azure app service in the tenant and prepare zip file with executable file for web job itself. Usually it can be created by archiving bin/Release (or bin/Debug) folder of the console project with web job logic. However there is one important detail: in order to set schedule of web job we need to add special file to the project called settings.job and define CRON expression inside this file. E.g. if we want our job to run every 15 minutes we need to define it like this:

After that also go to File properties in Visual Studio and set "Copy to target directory value to “Copy Always”. After that compile project and create zip file from bin/Release (or bin/Debug) folder.

Next step is to create web job from zip file. It can be done by the following convenient command line util available on github: WAWSDeploy. With this tool web job can be created created e.g. from PowerShell by running the following command:

In this command publishSettings.txt is the file with publishing settings for your App service. It can be created by Get-AzureRmWebAppPublishingProfile cmdlet. This command will create new web job called MyJob based on provided zip file with predefined schedule.